Where do people go if they are reported as missing?

What happens on missing journeys?

A new research project run from Glasgow University, in collaboration with Dundee University and Police Scotland, and funded by the Economic and Social Research Council has launched ten ‘stories of missing experience’ which answers these questions. The stories exist as awareness-raising and learning resources intended to prompt new conversations about missing experience. They are being used in police training and education programmes with the aim of producing more sensitive and empathetic police practice. Missing People will also use them as learning resources in their work with families.

The stories are comprised of a mix of interview material from 45 people’s accounts of being reported as missing, and names and places have been changed to protect identities. For more details on how the stories are written see www.geographiesofmissingpeople.org.uk/missingvoices/techappendix.pdf

Sophie’s story being missing for 24 hours

‘Sophie’s story’ is one which tells of a 24 hour missing event in which Sophie talks through her journey to attempted suicide. She is eventually located by her family, but talks about the experience with police officers at a hospital after she is found.

Katie’s story being missing for 2-3 days

‘Katie’s story’ is one where she describes suddenly walking out of her house late in the evening and walking constantly around her city. She talks through her emotions and what she remembers of where she went. The story ends with Katie revealing that she is still at risk of going missing again.

Andrew’s story being missing for 4 weeks

‘Andrew’s story’ is one in which he reveals how he stayed missing for four weeks by staying only a mile from his place of work. Andrew stays in hotels and sleeps rough. Andrew learns his friends are searching for him and he talks about their reactions after he is located.

Johnny’s story being reported as missing from hospital

‘Johnny’s story’ is one in which he tells of leaving psychiatric care while he is on a mental health section. Johnny recalls his decision-making about his journey and how he resourced himself while sleeping rough in a garden and an industrial estate. Johnny returns to a relieved family, but has to be taken back to hospital. He ends his story by talking about the value of professional support to discuss his missing journey.

Peter’s story being missing and being located by the police

‘Peter’s story’ is one where Peter tells of a traumatic journey to and from Leicester. Peter describes his confusion about where to go, and his fears about being located by the police. He is surprised by the positive police reactions when he is finally found.

Jayne’s story a woman’s experience of being missing

‘Jayne’s story’ is one which tells of a woman who leaves her home and spends two nights in a bus shelter and then a few days in a hotel. She travels to London, seeks help and ends her missing journey in a psychiatric ward. While there she realises she misses her children and then returns home. She discusses the difficulty of return.

Stuart’s story a man’s experience of being missing

‘Stuart’s story’ is one where he describes suddenly walking out of work one lunchtime and being reported as a missing person for a week. Stuart spends time staying with friends, who do not know he is missing, and then he sleeps rough as his options dwindle. The story ends by Stuart being recognised on the street by a member of the public after media attention and he reflects on the need for more discussion about missing experience.

‘Eddie’s story’ is unusual in that he describes intentionally going missing, but because he is experiencing relationship stress. Eddie tells of his plans, his emotional journey and the unexpected return. Like many of the stories, this one ends with a call for more understanding of missing experience.

‘Jenny’s story’ is one which tells of a woman who feels too much responsibility in her life and absents herself. She sleeps rough and stays in a hotel and she travels on foot and by bus. She draws back from committing suicide and answers her phone eventually.

‘Rhona’s story’ tells of a young adult life marked by missing experience. Rhona describes why she was reported as missing, and charts her many missing journeys which are characterised by both a sense of joyful but risky exploration and emotional pain. The story ends with a surprising observation as Rhona reflects on what she has missed by being away from home.

This research report contains research materials which draws on 45 in-depth interviews with people reported as missing and who have returned. The report is structured around a series of questions that people often ask as they experience being missing or absent. The report builds more analysis and detail which elaborates the missing stories. 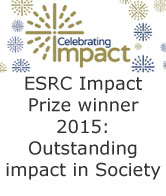